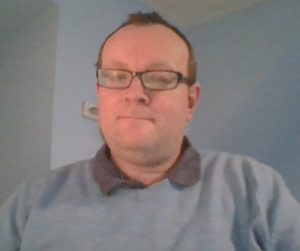 As a pandemic sweeps the world, citizens here in Scotland have rallied round to protect our most vulnerable. There has been a tremendous display of solidarity and humanity towards each other as we fight the virus as a community, nation and world.

Although our capitalist economy has brought out the worst traits such as greed an inhumanity in some, many believe that this is the end of capitalism as we know it. The economic system has been unable to cope with a global pandemic and the crippling effects it is having on the economy. As we rebuild our economy post COVID, we need to change. Our key workers are not the hedge fund managers or investment bankers but actually the nurses and carers. We need to learn our lessons, everything must change.

As a supporter of cooperatives, I have never seen a better time for the cooperative movements principles to be promoted. During the pandemic mutual aid groups have self-organised across Scotland, supporting each other with complimentary services and displaying solidarity with fellow citizens. The motive was care and compassion for others, not profit.

As we come out of the pandemic, we need to think of the society we want to live in. It cannot be back to business as usual. We need an economy that is fair, democratic, and sustainable. We need a Cooperative economy.

Whilst many cite the Rochdale Pioneers in North West England as being the original prototype of consumer cooperatives set up during the industrial revolution, it was in Scotland that the first Coop was formed. The Fenwick Weavers in Ayrshire  in 1769 pulled together to create the first cooperative using bulk buying to purchase essential materials. Whilst New Lanark Mill was developed by Robert Owen, the social reformer and industrialist. Whom at the time improved working, living and educational conditions for the mill’s workers.  Values which still underly the cooperative movement.

The Coop which we see on our high street was developed from the Rochdale pioneer’s consumer cooperative model. But they are not the only cooperative, in fact there are thousands up and down the country. However, to be a cooperative you need operate under the 7 cooperative principles.

The UK in comparison to other nations have a relatively low percentage of cooperatives. Scotland has a slightly higher percentage as we have, agricultural coops and credit unions (a financial cooperative). But for example, in Norway, 40 % of the population are members of a cooperative. 90 % of the Japanese farmers are members of a cooperative. Even in the US the credit unions have over 40 % of the population as members.  So, this is not a radical movement it is a global movement which provides resilience through tough economic times. This is due to the underlying principles are required to be adhered to. The members benefit during the good times but equally share the responsibility during the bad times.

The Basque region of Spain, an area which is extremely independent is home to the world biggest Cooperative, Mondragon. It employs over 75,000 worldwide and turnover £18 billion.  During the last financial crash in 2008, Mondragon was able to protect its workforce by agreeing to a reduced dividend and reduced hours. Whilst a wage reduction is not ideal, Mondragon have a pay ratio of 8:1. This means that the CEO can only ever have eight times the salary of the lowest paid in the cooperative. Where jobs could not be saved the employees were redeployed to another area of the group. A shared democratic responsibility created economic resilience in an area with high unemployment. This is only one example of how an employee cooperative in this case can operate during tough economic conditions.

Scotland could develop such a model instead of contracting out our vital social care services to large providers. Local community coops could provide these whilst ensuring that profit was not the main motive.

The benefit of all these coops is that people who matter, the members or employees would be the decision makers, not someone in the corporate board room. Profit would not be the underlying motive as it would require the coops to work for the benefit of there members and of the community.  Of course, in much of these cooperatives the profit generated would be delivered back to the members who in turn would spend it in their local community. In many ways this cooperative model would provide community wealth.

Some of these ideas are achievable within the current Scottish Government powers. But like much in life money is key and the financial levers and even companies’ regulations still rest with the UK government So whilst it is possible to build a  Cooperative Scotland now it would still have to operate in a neoliberal capitalist economy . For Scotland to move to a more people focused economy we need to be Independent.

The economic fallout from this pandemic is not going to be apparent till much later. The economic model which we operated in is no longer able to provide for the society we want to live in. A strong Cooperative movement in Scotland would help it become a more fair and sustainable economy.

The quote below from Robert Owen says it best for me.

“Exchange their poverty for wealth, their ignorance for knowledge, their anger for kindness, their division for union. “

Any cookies that may not be particularly necessary for the website to function and is used specifically to collect user personal data via analytics, ads, other embedded contents are termed as non-necessary cookies. It is mandatory to procure user consent prior to running these cookies on your website.